skip to main | skip to sidebar

Okay, ready to rock?
Before you say, "Oh come on, it's obvious how you made those! I don't need no stinkin' instructions!" let me just say that there is a hard way to do this and an easy way. You might as well benefit from my trials and errors!
I made three designs: trees, bells, and ornaments.
You want to pick a shape that's symmetrical, but you also want to use something that makes sense when it's fanned out. Example: A gingerbread man is symmetrical, but it doesn't make sense in the round. 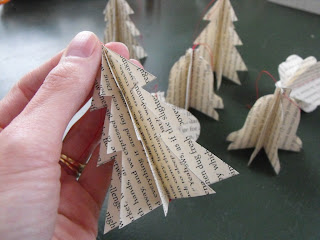 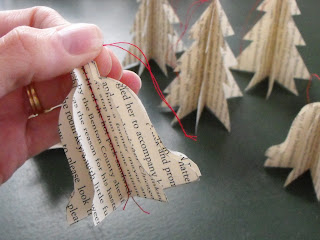 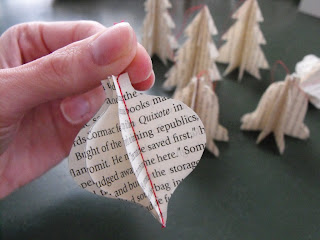 Here is what you do NOT want to do: 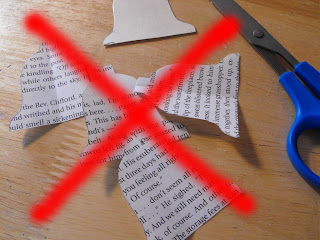 You do NOT want to cut out your shapes, one by one, and then proceed with sewing. 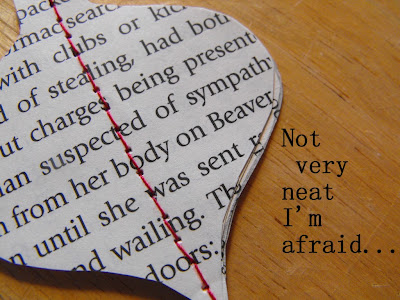 It still works, but it isn't the best way to do it. It's a nightmare trying to line up the shapes so they match. If you have one of those die-cutting gizmos, that's another story, but I do things the old-fashioned way. 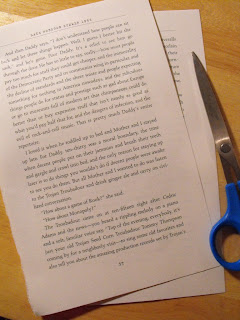 What you want to do instead is start with two or three sheets of paper. I made my first batch with three layers and my second batch with four. The machine sewed through four layers as easily as it sewed through three, so you might as well go for the gusto and use more layers. 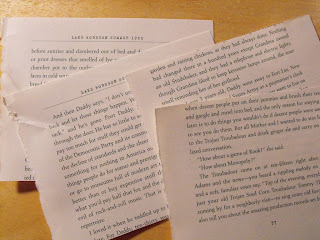 Pile up the pages. Now, because the entire point of these ornaments was to have type of them, I used pages from a (damaged) book and tried to make sure the print covered the entire page. If I wasn't careful, I ended up with big blank areas on the ornaments where chapters began or ended. It's not a tragedy, but I like it better with the print filling the pages completely. 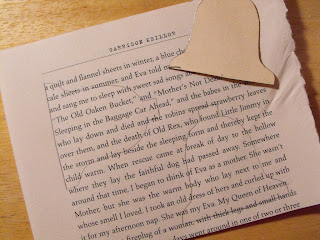 Now trace your shapes onto the top sheet of paper. You can do either way, so the print is running across the ornament or up and down. 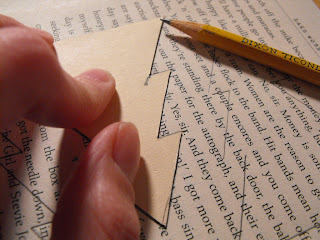 I found that if you run the print up and down, though, you can squeeze more shapes onto the page, because you don't have to worry about flipping the shape over and ending up with upside down words. 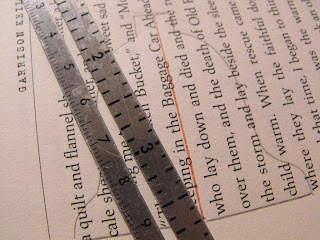 I also found it easier to sew along a line, so I used a red pen to draw the line (blends with the thread).
If you think I'm going to tell you to cut through several layers of paper at once now, you are wrong! You would have to be very, very careful to hang onto the paper tightly so the sheets wouldn't shift. Instead... 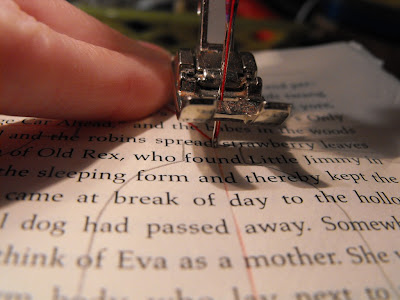 You are going to stick the whole stack of paper into the sewing machine and do the sewing BEFORE you cut. Make sure you have several inches of thread pulled through the needle and up from the bobbin, then lower the needle down into the paper, just inside the outline you traced. I used a heavy duty denim needle. 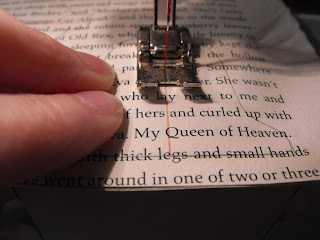 Then lower the presser foot and sew along the line, stopping just before you reach the outline. Leave youself some thread tails so you can tie them off later. 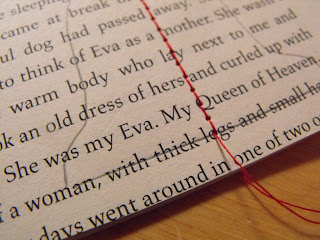 You don't want to sew so close to the edge that you can't cut around the shape without snipping the thread. I got a bit too close here, so I cut a little below the pencil line to compensate. 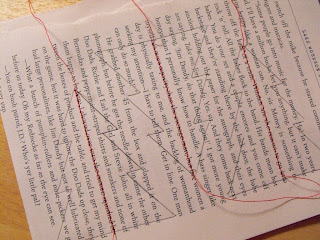 Here's a set all ready to cut! 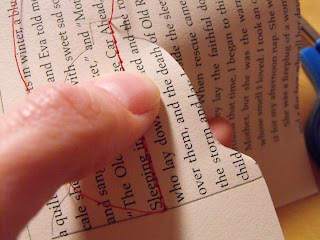 When you are cutting, you want to make sure you hold the hanging threads out of the way.
DO NOT CUT THE THREAD! 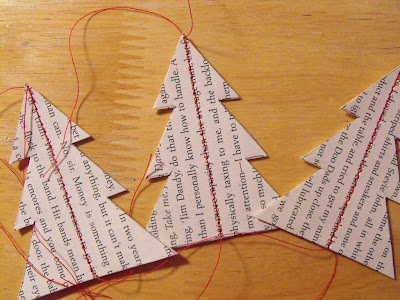 Here they are, all threads intact. 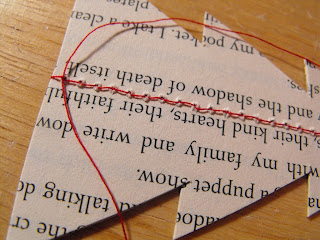 To finish off the bottom, tie the threads close to the paper. I've been tying the knot towards the back, so the ends don't show when I clip the excess length.
Next, tie the thread at the top of the ornament to make a hanging loop. (I skipped a picture of that!) 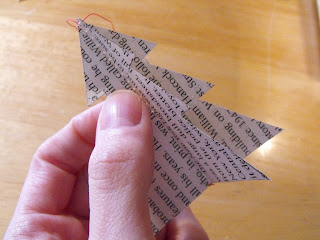 Now you get to fold all the layers out to make it three dimensional!
I'll be back tomorrow with some ideas for variations!
Posted by Darling Petunia on Saturday, October 30, 2010

Thanks! I pinned this and we may use it for a 4-H tree.

This looks like something I will try, Thank You

Thanks so much for sharing these! I did some Christmas trees and they were quick and easy!

Look Who Else Reads This Stuff!

Wanna See My Other Blog?